We're still not sure who Trent Reznor's having a conversation with, though.

If you're not seeing this in iTunes, here's a screengrab, courtesy the previously mentioned Bachy. 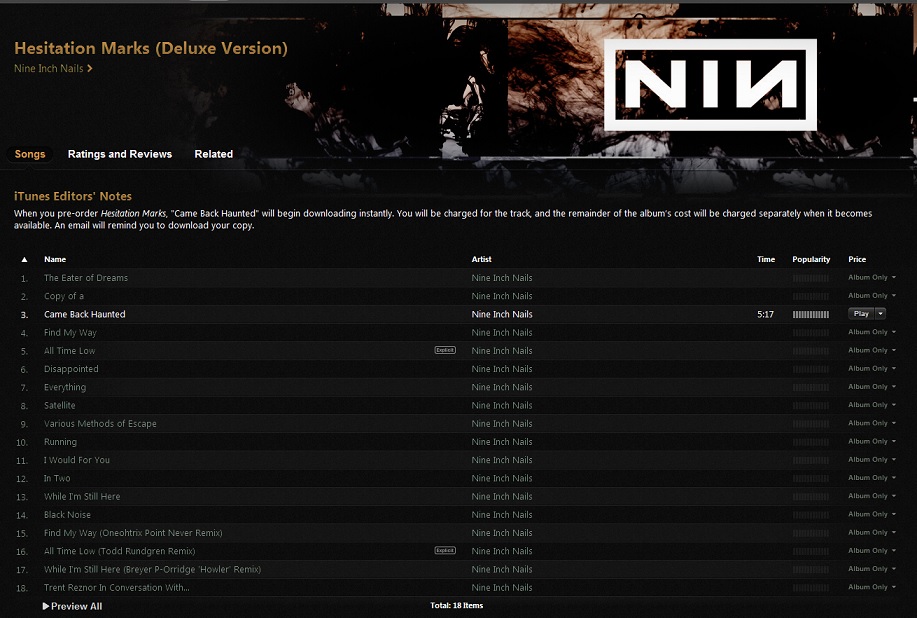 Later 8/8 Update: The Japanese standard release does that Japanese release thing and puts an Autolux remix of Everything in an album with a slightly different cover, according to, well, Universal Japan. Quoting Google Translate, "Original album that is 8 in total of work in response to the first day Fuji Rock headlining appearance ... It's content Fuckin 'The Great says clearly. Different things actually."