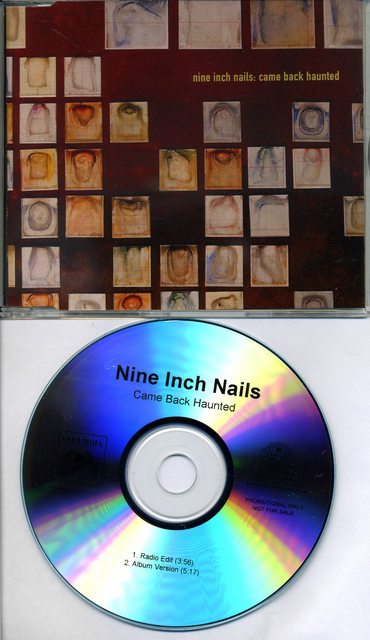 It looks like promotional CDs for the debut single from Hestitation Marks have been sent out to radio stations, or something (didn't radio stations already debut this track?)

Dear Columbia, send me promo material - even though I've already heard the song, I won't put what you give me up on eBay. Yup, already one of the new promo CDs sold for $172.49, with a second currently active listing already up to $55 as of this posting.

It looks like NIN Catalog is going to have to add a new square to their front page sooner than later.