Trent Reznor and Atticus Ross nominated for an Academy Award! 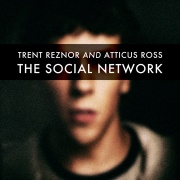 The nominations are in, and the Trent and Atticus are nominated for the biggest award for a film score there is. The winners will be announced February 27th at 5pm PST.

The Social Network Score has won and been nominated for several awards over the past few months, and below we have compiled an almost-complete list. Huge congratulations to the pair, and good luck from everyone at The NIN Hotline for February!

The Hal Leonard corporation released an official piano/vocal/guitar songbook for Pretty Hate Machine back in early December, but for one reason or another, I kept forgetting to post about it. for $16.99 from Amazon.com or directly from Hal Leonard corp. You can probably request it at your local musical instrument shop as well.

If you'd rather buy digital copies, SheetMusicDirect will sell you Sibelius Scorch versions for $3.99 a song. (Clearly we've been marketing Know the Score wrong for all these years) -- you can also preview the first page of each song's sheet music there.

Last, and perhaps least, if you click on the thumbnail to the right, we've got a 1200x1600 version of the cover art.

Some details on The Social Network disc-release features


These features are in HD on the bluray, and are accompanied by almost two hours of extra video about the visuals, post-production, rehearsals, just about every detail that goes into the making of the film. So if you're renting or buying, be sure to pick up the two-disc version.

Congratulations are again in order! Shortly after receiving the award, Trent Reznor spoke briefly online about winning his first Golden Globe:
"Holy shit!"
If you missed the Golden Globes lastnight, you can watch Trent and Atticus' acceptance on YouTube or on NBC. With any luck, their next stop will be the Academy Awards. Good luck!

Thanks to sheepdean, thevoid99 and acidpolly, who's posts on ETS I liberally scraped this information from.

Robbie Robertson, best known with his work with 60-70s rock group "The Band", is releasing his first album in 14 years this April, with Trent providing "additional textures" on instrumental track "Madame X".
In an interview with Rolling Stone, Robertson said
"It's a really cinematic piece of music. I wanted Trent to contribute something, and he understood exactly what I was talking about and did something completely beautiful and haunting."
How To Become Clairvoyant will be available April 5 on 429 Records

Trent & Atticus' next project: The Girl With The Dragon Tattoo

The New York Times held a streaming media interview with Trent Reznor last night where it was announced that Trent and Atticus Ross would be scoring the soundtrack for David Fincher's version of The Girl With The Dragon Tattoo. Other announcements included more details on the Deluxe Edition of The Fragile and some teases at what the full-length album for How To Destroy Angels will sound. Our friends at NIN Army have all of the details including audio and video of the interview here.

Thanks to everyone who wrote in!