How To Destroy Angels: a 6 song eponymous EP coming summer 2010

Get your fix at howtodestroyangels.com, where you can watch a 40 second clip, follow the project at various social networking sites, and sign up for email updates. 2010 is going to be a good year.

Last night, Shinya Tsukamoto's "Tetsuo: The Bullet Man" made its American debut at the Tribeca Film festival, where it will be shown three more times this week. While this film has been shown at festivals prior to this weekend, the American debut was unique in that the ending credits featured a new instrumental track composed by Trent Reznor specifically for the film. The following is a summary of a whole big pile of information sent our way by a very kind and very awesome reporter for Japanese mag Rockin' On, one Akemi Nakamura.

Tsukamoto said this was the fulfillment of a 20 years old dream, and that he could not be happier that this collaboration happened specifically with Tetsuo.

The producers spoke with Trent Reznor on the phone in January of last year, and Trent was eager to create the track. However, he did not send a song for a long time. When the Tetsuo camp heard about the Wave Goodbye shows, they had all but given up on this track. They continued editing for 7 or 8 months, and showing it at film festivals around the world, finally finishing the film on October 2009 -- without NIN song. But in February of 2010, Trent suddenly sent the song - and the song was, of course, fantastic! They were more than happy to redo the ending again and include the song! Because of that, the final version of TETSUO with NIN song is going to be shown in NYC for the first time.

Everyone involved felt like this was meant to be, and they're extremely excited.

Regarding the MTV Japan spot we posted earlier -- apparently after Mr. Tsukamoto submitted the clip to MTV Japan, a producer at MTV overdubbed one of the MTV themes of the era, much to the dismay of the director. What you hear on the commercial is a bit of a mash-up. This made him all the more happy about collaborating with Trent anew, without anyone else getting their fingers in the pie.

Since you made it this far, here's the trailer:

So when can you get a copy of the soundtrack on CD? According to CDjapan (where you can pre-order the soundtrack), it will be available for purchase on May 26 in Japan, with 16 tracks (presumably by Chu Ishikawa) as well as Trent Reznor's theme for Tetsuo: The Bullet Man. This info is all subject to change, but CDJapan has always been very good with their info in the past.

Thanks again to Akemi Nakamura for hooking us up with all the info she's got on this!

If you're reading this, you will find that Tetsuo: Bullet Man has a happy ending

Word comes to us from a post by Akemi Nakamura at Rockin' On that Trent Reznor wrote a new song that plays over the ending credits of Tetsuo: The Bullet Man, which is being presented in New York this weekend at the Tribeca Film Festival. If I've got this right - Trent wrote a 'very nice' letter to Tsukamoto about two decades ago, wanting to collaborate with him on a music video. While this (obviously) did not happen, Tsukamoto was moved by the letter and always kept it in the back of his mind. 20 years later, he reached out and the collaboration finally happened - although the song came in too late for earlier screenings of the movie, it has been included in the American debut of the film being in New York this weekend through next week.

We also got word via Twitter that the MTV Japan promo we embedded below was at some point released on Laserdisc - or at the very least, that someone out there has it on Laserdisc. With any luck, a higher quality version will be made available in some fashion - ideally through 'official channels'

About a year ago, Trent Reznor posted something to Twitter about Tetsuo, but it was rather cryptic. There are rumors that the follow up news to that tweet may break this weekend, but something that came out of the buzz that I had not previously been aware of was that Reznor and Tsukamoto had actually worked together before in the early nineties, on a promo spot for MTV Japan, if the hearsay is right. Daeg0r on Twitter linked up this video on YouTube which corroborates the tale:

Unfortunately, as you can see, the quality is pretty terrible in all respects. Do you have a better quality copy?

So for ages, the front page of this site has published news in such a manner that if you right-clicked and copied a story's headline, you got a link to the front page with a hash tag that would scroll you down to the story - this would work great, so long as the story was still on the front page, but after it scrolled off, it made that link all but useless. It was partly laziness, it was partly fear of traffic spikes destroying the site if I our MySQL server connections weren't up to par. This, too, was actually born of laziness, because I just needed to set up caching.

Not anymore! Now, when you click on a headline, you'll get taken to a page with just that story. At the bottom of every story are "Digg this!", "Reddit!", "Tweet this!", "Like!", and "StumbleUpon" buttons, and on either side of the story are skyscraper Google ads, which will hopefully make me enough money to win that sweet, sweet black 1960 Les Paul that NIN just put up for auction. That last sentence has no basis in reality and is in no way a factual representation of what the permalink page has on it.

Through some javascript magic, old-style permalinks out in the wild will actually forward to the story they were supposed to link to (I know, magic everywhere in this bitch) instead of just pointing to the front page. I know that this isn't terribly exciting, but it may come in handy once the we get hit with the inevitable deluge of news about all that stuff Trent was recording earlier this year.

After All Is Said And Done trailer

The team behind the upcoming fan created Wiltern Blu-ray/DVD - henceforth known as A Tiny Little Dot - have put out a trailer for their film, which documents what has been touted as Nine Inch Nails's final live performance.

Pretty Hate Machine to be re-released through Bicycle Music 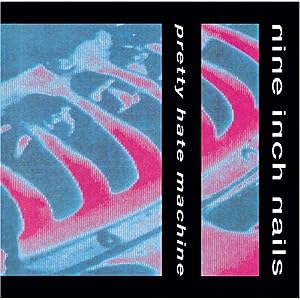 According to this article in Billboard, the entire TVT catalog has been bought from Prudential Securities by The Bicycle Music Company, who bill themselves as a company focused on "music publishing, investments in songwriters and copyrights."

Bicycle's Steve Salm says that "Pretty Hate Machine," which has been out of print and officially unavailable through digital distribution outlets for several years, will get a re-release. Back in November of 2005, Trent Reznor told the Toronto Sun
Now I've got Ryko asking me if I'd like to do a deluxe version. Yeah, I would. I would like to have a 5.1 version. I'll do extra songs. I'll redo the packaging. Everything. But I'm not doing it for free. They're not willing to pay, so they put out whatever they put out. That's that.

Considering part of Bicycle's motto is "investments in songwriters," here's to hoping they'll consider working with Trent on expanding his debut release.

**update** Every year on April 1st we do something stupid. This year is no different. April Fool's, and all that. ;)

Credit goes entirely to Malechite @ NINwiki, who wrote the copy, made the graphic, and built the form.

A Year Zero TV mini-series has been green-lit after Trent Reznor finalized a deal with HBO earlier this week. The mini-series will air in summer 2011 and have 12 one-hour episodes.

It is being produced by Lawrence Bender along with Reznor, although the series will not feature any episodes written by Reznor, nor will he star in the show. "You might see me in a cameo role at some point, but I won’t promise anything" said Reznor. "My goal in this project is to direct the experience, to oversee the creation of Year Zero, this post-apocalyptic world run by a corrupted government. I have to make sure it ties in to the story we have so far, and make sure it doesn't suck, and to do that I'm going to hire some professional writers."

Reznor will be working with 42 Entertainment again, as well as Ronald D. Moore who is well known for working on Battlestar Galactica, Star Trek, and Roswell. When asked what other contributions he will be making to the project Reznor replied "I've been working on the score with Atticus Ross for quite some time, and I just brought in Clint Mansell. We've been toying with some themes and ideas that will tie in very closely with the sound of the album, but the next step for the show is casting. I've got a few ideas for actors I would like to see in the show, and I'm meeting with a few next week so we'll see how that goes."

This is very exciting news for Nine Inch Nails fans, and since Trent was very impressed with the involvement of the NIN fan community during the Year Zero experience, we’re proud to say that he is letting us hold a contest to win a spot as an extra on the Year Zero TV mini-series - Click here to enter! Big thanks to Brandon for the scoop.